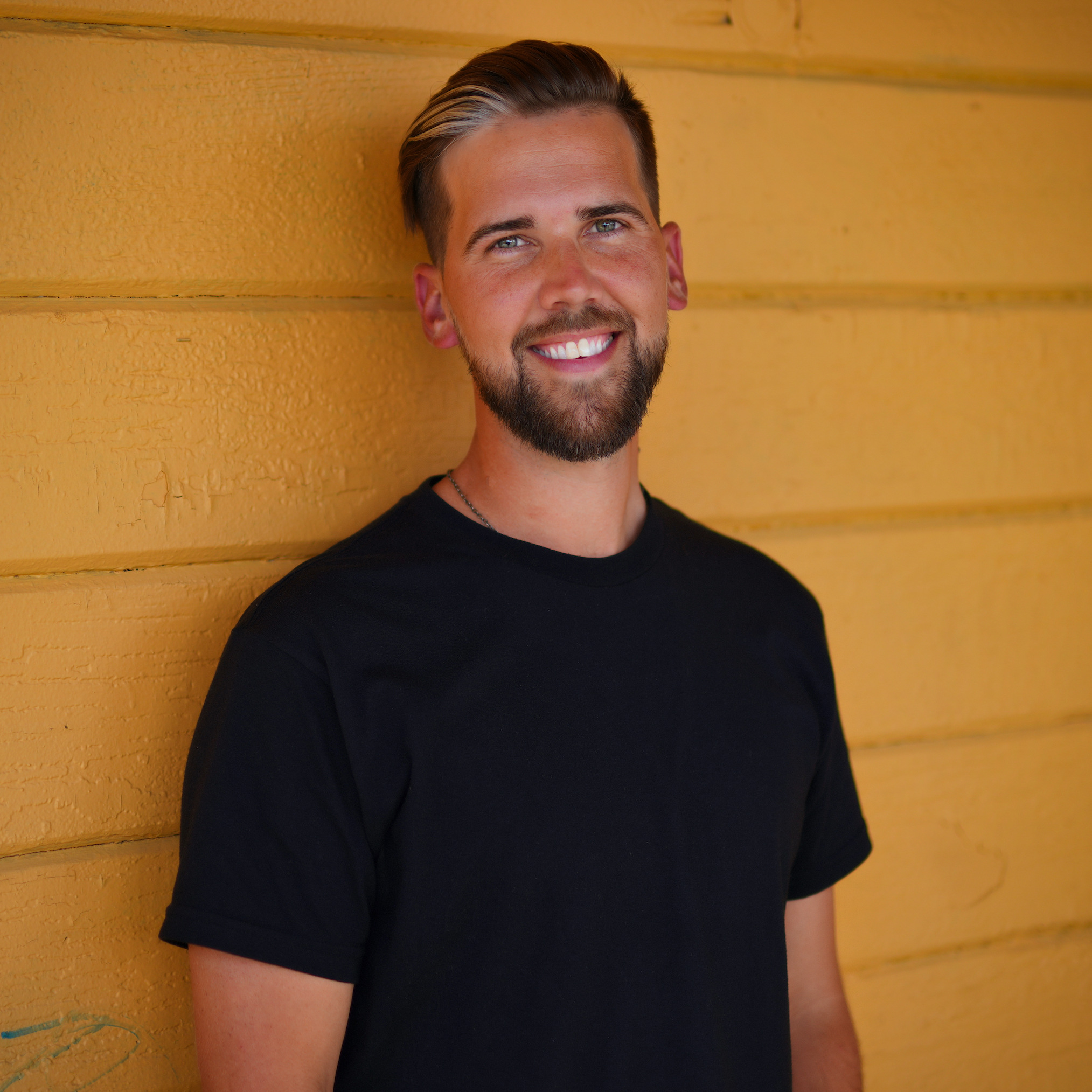 Sam began serving as Harbor's lead pastor in February 2021 after serving on staff at Harbor in a variety of roles over the past ten years. He loves to learn. He loves to preach. Sam is passionate about building relationships with people and cultivating gospel-centered community. He is also an avid golfer and diehard SF Giants fan. He and his wife, Kara, have two children: a son, Asher (born 2011), and a daughter, Judah (born 2013).  The four of them affectionately refer to Harbor as home. Sam holds a B.A. in business administration from Simpson University (2006), an M.A. from A.W. Tozer Theological Seminary (2018) and is currently pursuing a Doctor of Ministry degree at Western Seminary. Email: [email protected] 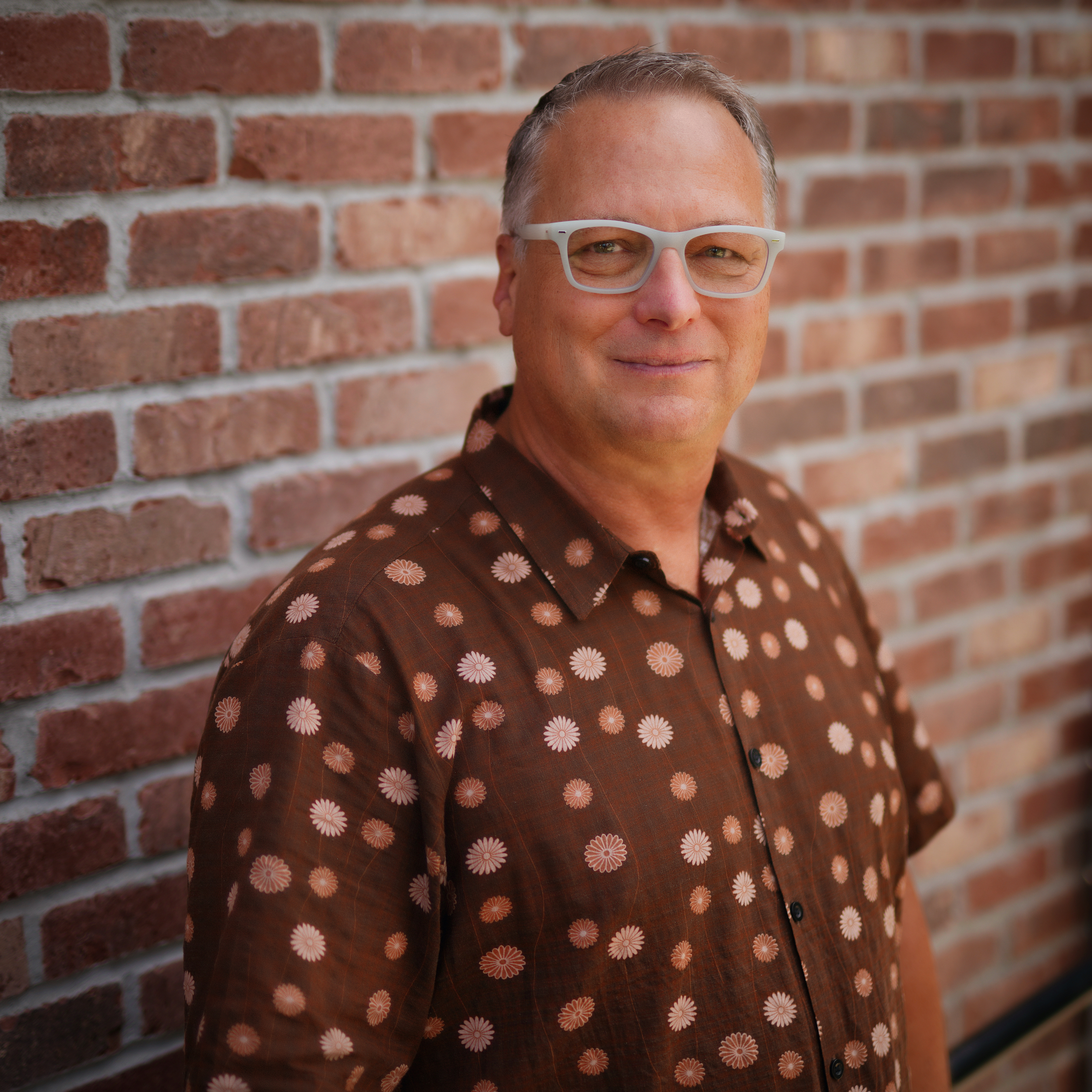 Glen felt called by God in 2000 to start Harbor Church and over the years he has experienced cheers, tears, and jeers, and through it all God remains faithful to his call. After serving as the Lead Pastor for 20+ years, Glen transitioned into a full-time pastoral role that focuses on spiritual development and Christian education in February 2021 when Sam became the Lead Pastor of Harbor. Glen and his wife, Pamela, have been married for over 30 years. They have three adult children: two terrific daughters (and 2 awesome sons-in-law), a fantastic son (and a wonderful daughter-in-law), and 6 delightful grandchildren. Glen has a BA in Psychology and Sociology from the University of Utah, as well as Master’s Degree from Denver Seminary. He is also a diehard Chicago Bears fan! Email: [email protected] 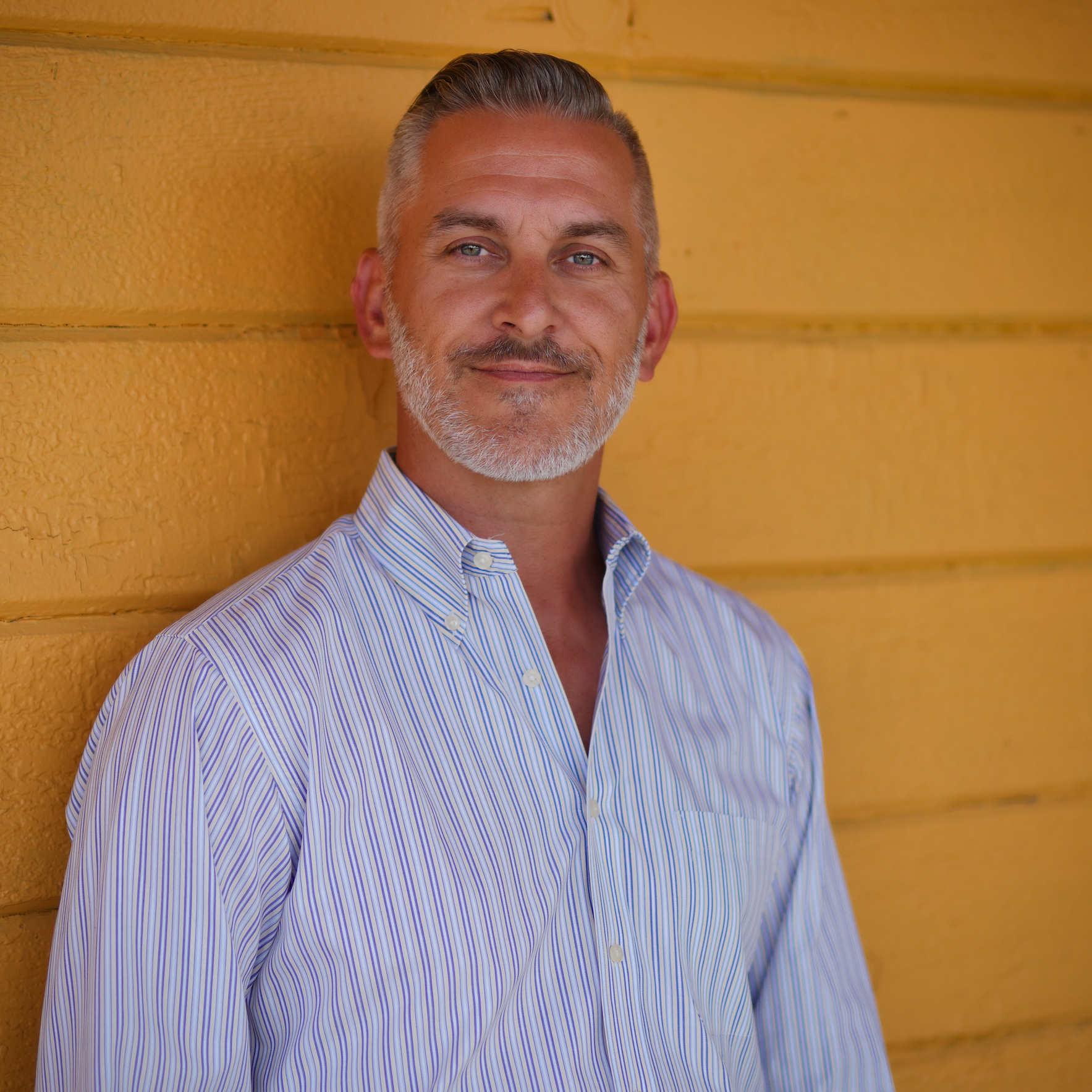 Greg found Harbor in 2006 and quickly found a community to grow and worship God in. Since then he has led the youth, been involved in the worship band and is currently serving as the Community Pastor. You can find Greg connecting with people on Sundays, holding babies whenever possible, singing in the worship band, meeting with people or watching any number of pro or college sporting events with his friends. He completed a dual B.A. degree at Mount Vernon Nazarene College in 1995. Greg is married to his wonderful wife, Kellie. Together they have three children who he affectionately refers to as his “kiddos”: Collin, MacKenzie, and Pierson. Email: [email protected] 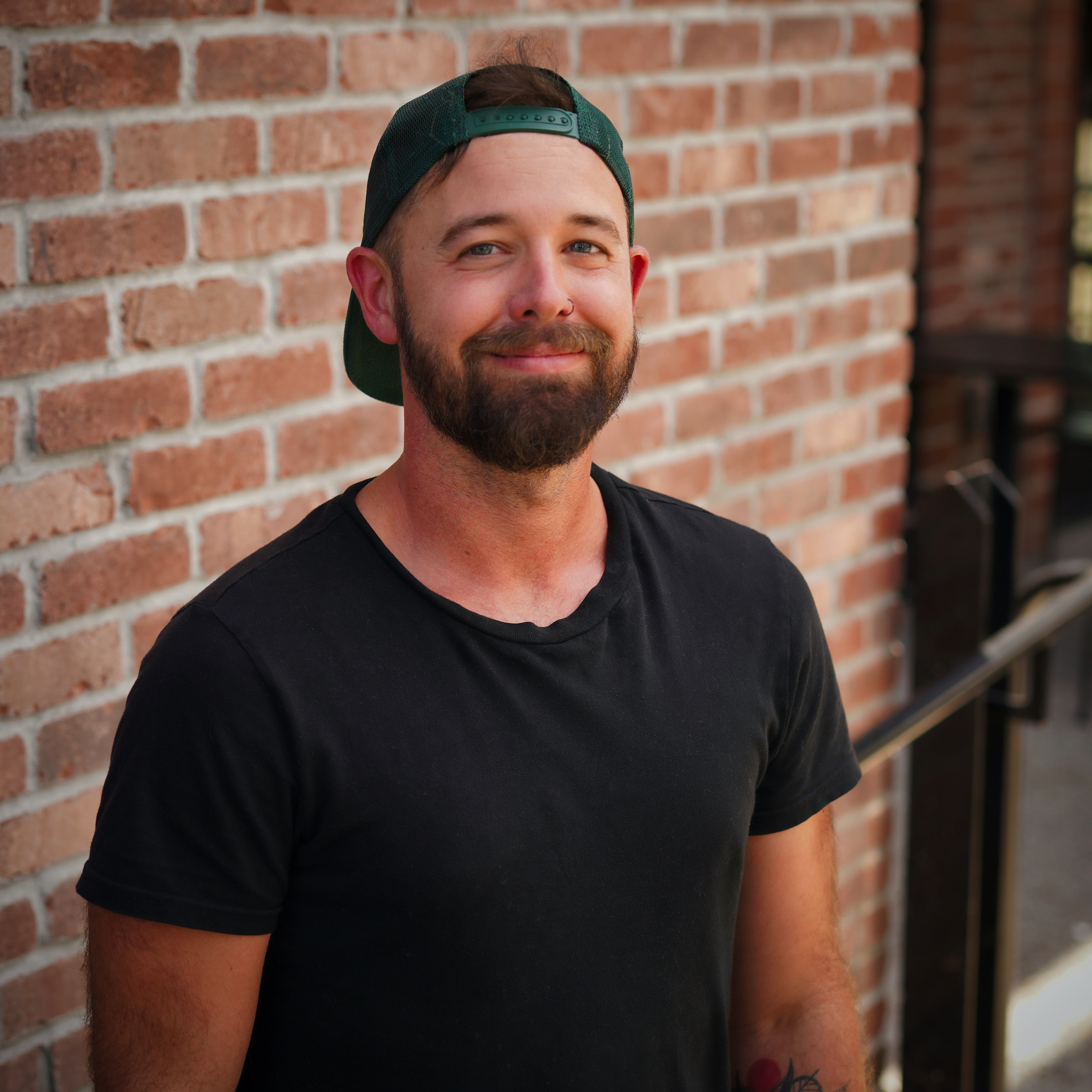 Ryan became the Worship Arts Pastor of Harbor in June of 2020. He has spent the last decade facilitating worship at various churches and events along the west coast with his wife, Lily. He and Lily have four sons together: Greyson, Oliver, Hudson and Owen. As a coastal native, Ryan enjoys time by the sea and loves exploring nature with his family. Ryan studied Music and Theology at William Jessup University and is passionate about crafting artistic spaces for people to engage with biblical truths of who God is. Email: [email protected] 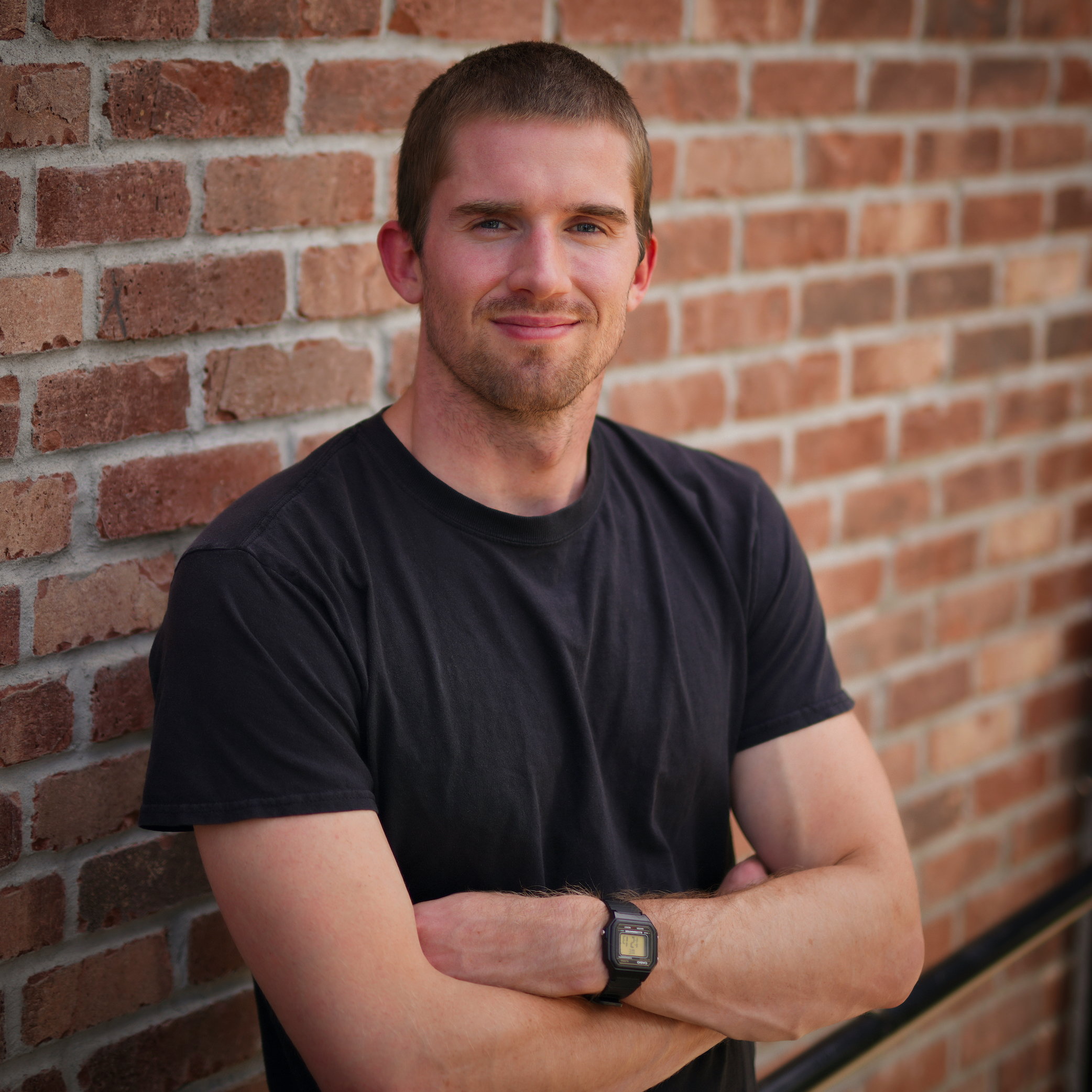 Noah was born and raised in the Netherlands until 2008 when he moved to the United States at 10 years old. In 6th grade he was introduced to Wayk and has been attending Harbor Church ever since. After volunteering with Wayk for two years he felt a calling to pursue ministry. He completed his B.A. in Christian Leadership from William Jessup and began working full-time with the youth. Noah hopes to attend a seminary where he can continue his education and become an ordained minister. He is passionate for youth ministry (Wayk particularly) because it was through this very program that he was introduced to Christ. Noah hopes to provide the same opportunity for future students and show them what it means to live a Christ-centered life. Email: [email protected] 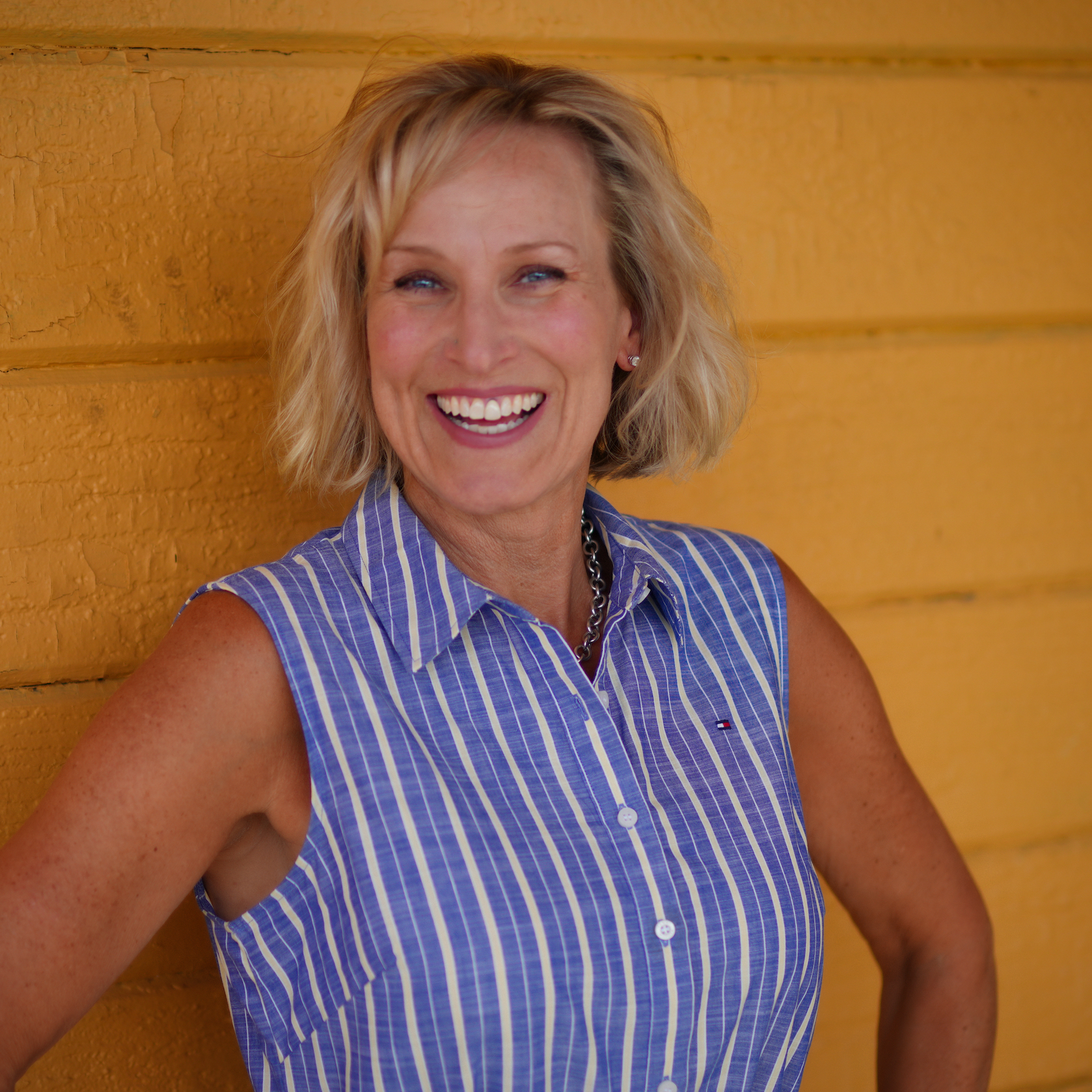 Rosie joined the Harbor staff in May 2020 and she has been enjoying her role as Director of Harbor Kids. She is passionate about sharing the gospel with children, and delights in helping kids grow in their knowledge of the Bible. Rosie enjoys mentoring volunteers as they serve in Harbor Kids. Rosie is a committed runner on the trails of Folsom, and she is equally passionate about reading. She and her husband Tom have lived in Folsom for over twenty years where they have raised two children, Katie (born 1999) and Sam (born 2002). They have a (nearly) empty nest, which is another reason that Rosie is so thankful to partner with YOU as your children learn about our Savior.  Email: [email protected] 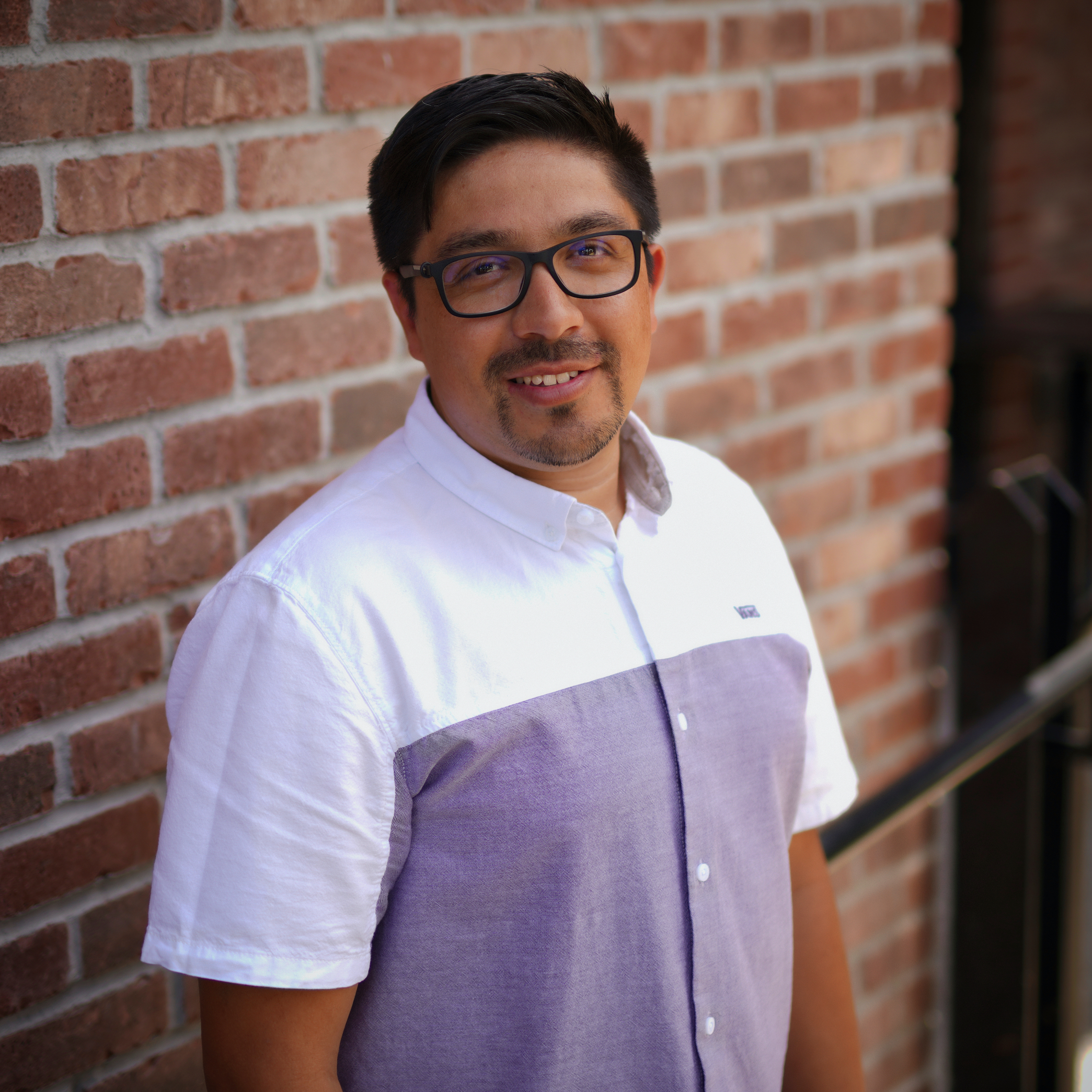 Ivan joined Harbor staff in October 2020 as the Director of Hispanic Ministries leading Encuentro su Presencia church. He is passionate for the Hispanic community and is committed in establishing gospel centered culture. Ivan also enjoys watching most sports with exception of baseball. He is married to Vicky and they have two children: a daughter, Sophia (born 2011), and a son, Michael (born 2016). Ivan’s desire is to pursue a ministerial education in the future.  Email: [email protected] 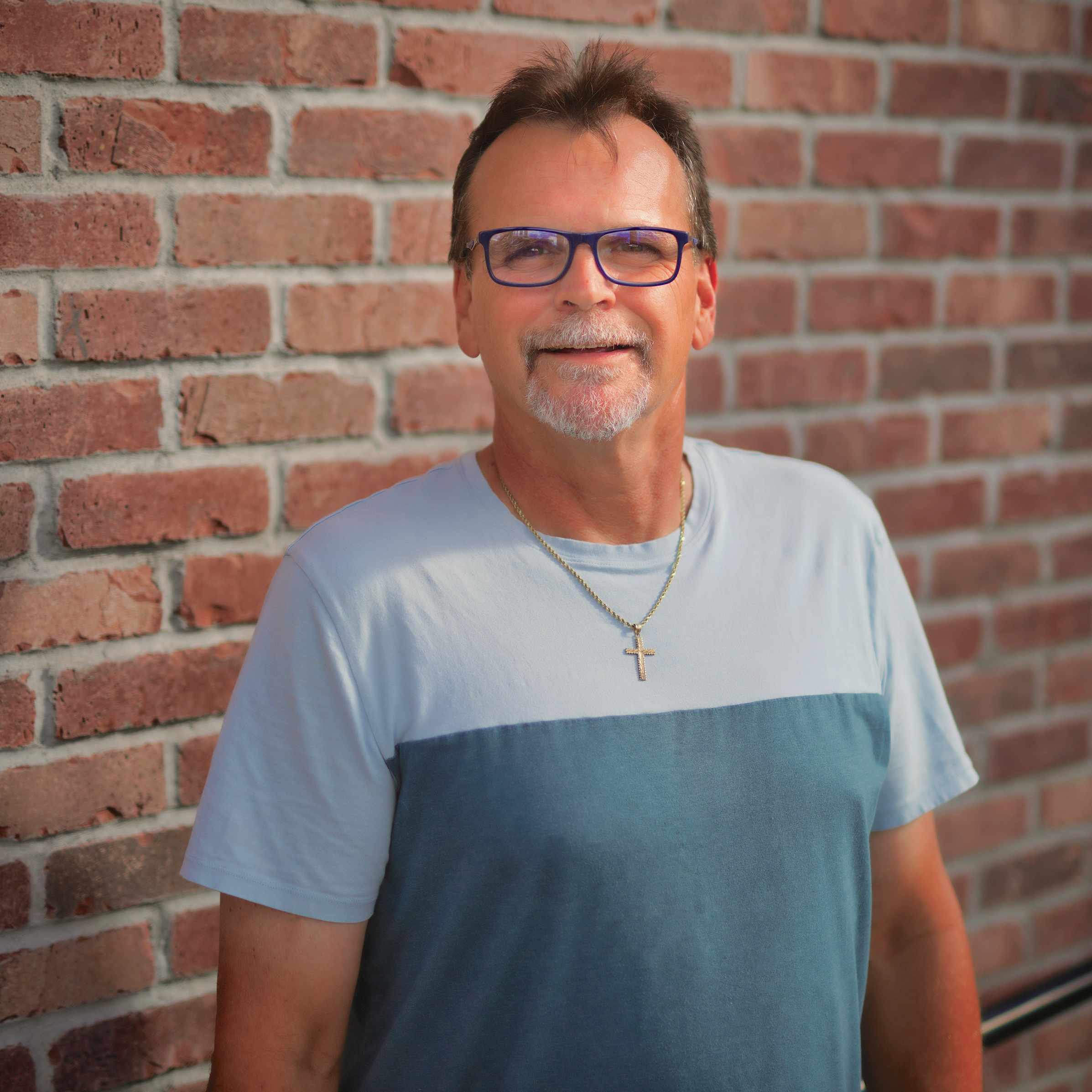 Greg has been sober since December 26, 2003. He was saved by the grace of a loving God and influenced by Alcoholics Anonymous. Greg started his journey at River City Recovery and then moved into Clean and Sober Living in Fair Oaks where he met his first sponsor who would eventually lead him to Christ.  Greg continued to grow in his relationship with Christ, and dedicated his life to raising his two children, Chelsea and Justin. Greg has been at Harbor since 2014 where met a loving, amazing family and knew he had found the missing piece to his sobriety. In 2016 he became the Director of Safe Harbor.  Email: [email protected]

Click here to check out our Safe Harbor Page 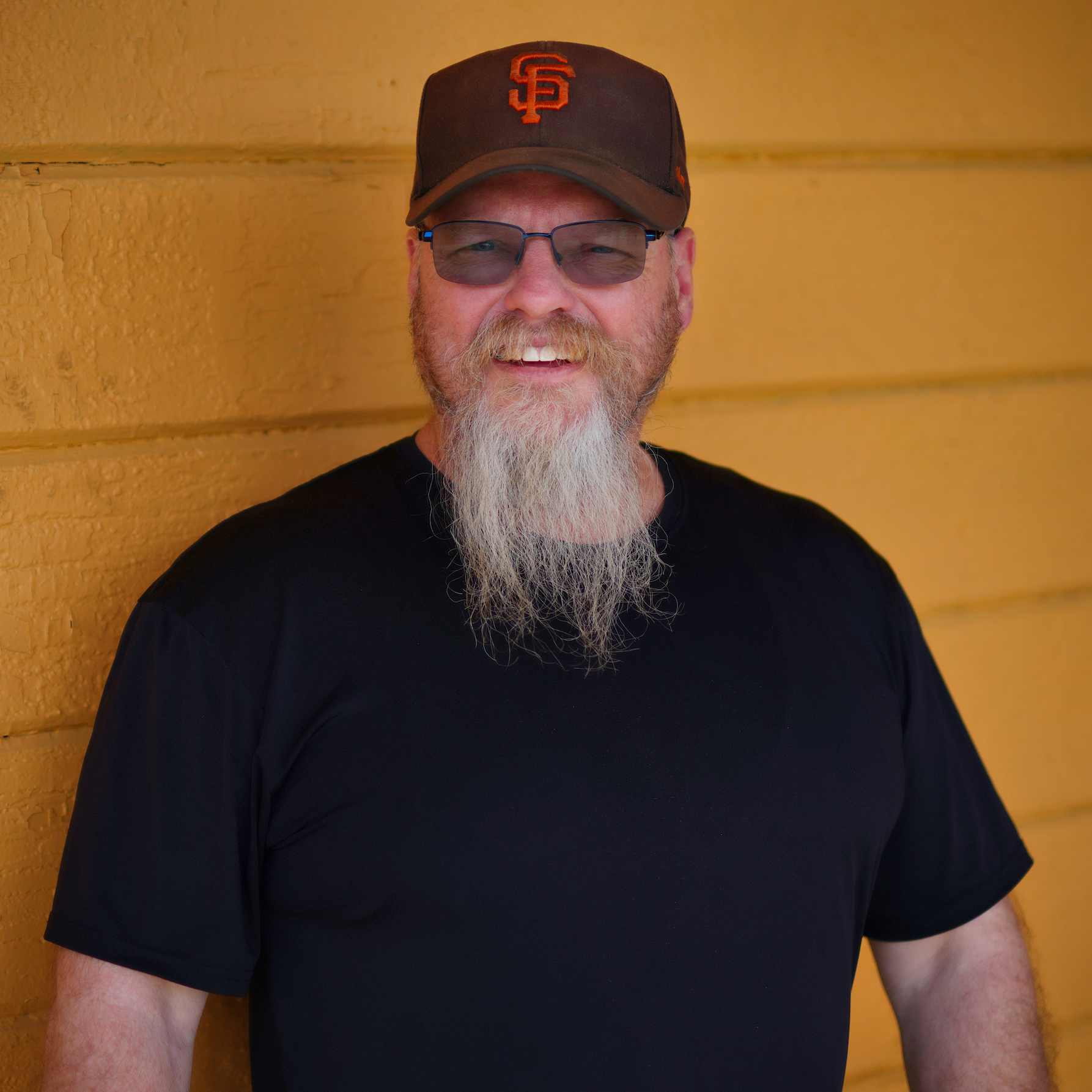 Mike grew up in a Christian home and became a believer in Christ at a young age. When Mike was 21 years old, he started working for the Department of Corrections and retired after a 29 year career in 2014. While working at the prison, Mike met MaryAnn and they fell in love on the main yard of Folsom Prison and were married in 2006. Between them, they have 6 children and 10 grandchildren. In 2012 they started attending Harbor Church, Mike came on board with Harbor in 2018. Mike’s wife MaryAnn is also the Bunco Queen at Harbor. Mike enjoys going to the gym almost daily and someday MaryAnn might get him on a plane.  Email: [email protected] 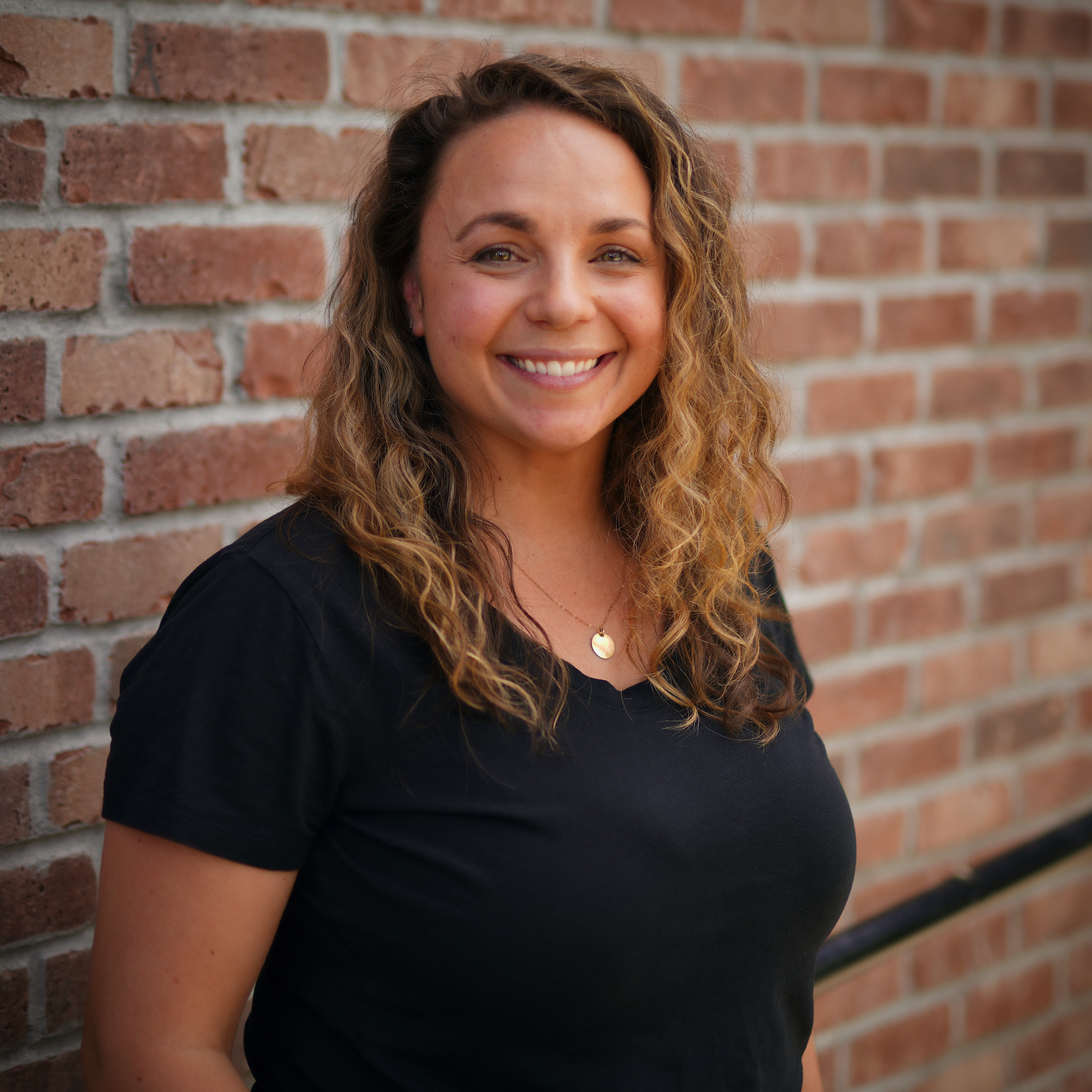 Franckie joined staff at Harbor in September 2019 after attending for 5 years and involvement in various ministries. She loves that her role gets to support so many different aspects of Harbor as we seek gospel-centered community. Franckie loves to travel but is just as happy at home with family and friends blasting music over a good meal filled with lots of laughter and loving conversations. She and her husband, Daniel, have two daughters. Email: Franck[email protected]